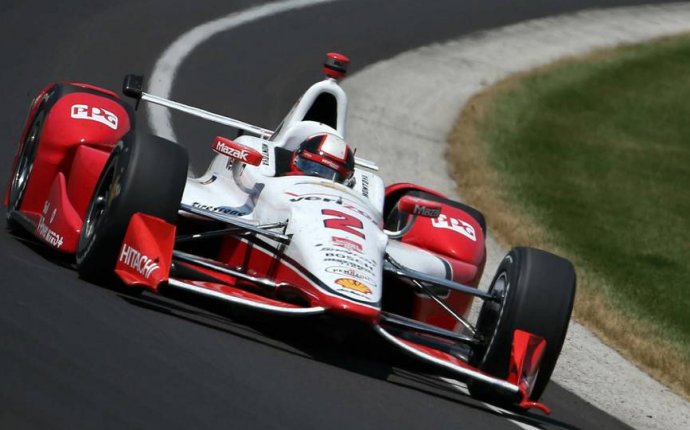 INDIANAPOLIS MOTOR SPEEDWAY - Fernando Alonso says he "cannot be sad" at the eventual outcome of his first Indy 500 because of how much he has enjoyed the experience leading up to it and the unpredictability of the event.

Alonso will start fifth at Sunday's race, which he has been preparing for since the shock announcement of his participation on the eve of the Bahrain Grand Prix. The Spaniard has been competitive since arriving in Indianapolis and many feel he has a legitimate shot at emulating Andretti Autosport teammate and reigning Indy 500 champion Alexander Rossi by winning at the first attempt.

At Thursday's media day the huge media interest in Alonso continued but he was quick to downplay expectations around his race.

When asked what he would define as a successful race come Monday morning, he said: "I think enjoy the race, enjoy the moment, leave that moment... it's a race you cannot plan, so I don't have any plans or clear expectations. So far we've been quite competitive, even fighting for the first row of the grid in qualifying so I would like to remain that competitive in the race.

Though Alonso has watched plenty of onboard footage and race re-runs to ready himself for the 200-mile race itself, he thinks there is only a certain amount of preparation he can do before the green flag drops.

"I've had many advices. From the day I started I've had advice from everyone, from Michael [Andretti], from Mario [Andretti], my teammates, from Gil [de Ferran]... at the end of the day you have to experience yourself the things that are happening and improvise. But the first couple of restarts will be the best lessons... whatever you planned before will not be like the real thing. The first couple of starts I will learn, I will improve mistakes that I do and hopefully the last couple of restarts I will be more experienced."