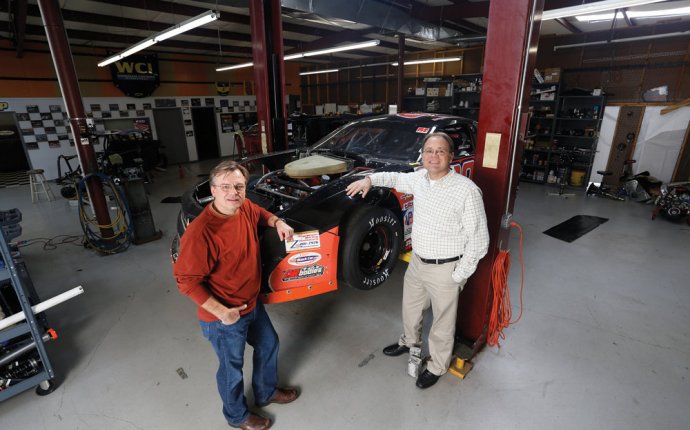 Ard died in South Carolina. NASCAR called Ard "a tough-as-nails racer" in a statement confirming his death, but gave no details.

Ard won titles in what is now known as the Xfinity Series in 1983 and 1984. He won 22 races in three seasons — just 92 career starts — and his average finishing position was an impressive fifth.

"No matter the track or the competition, he battled to the end, " NASCAR said. "That fighter's mentality lasted throughout his life, and far beyond the confines of a race car."

Ard retired because of injuries suffered in the final race of the 1984 season. He suffered from Alzheimer's Disease and Parkinson's Disease for much of the last two decades, and his financial hardships made him the face of the difficulties faced by many of NASCAR's former stars.

Ard was living in a doublewide trailer in Pamplico, South Carolina, in his declining years and had long ago sold his two championship rings and a handful of grandfather clocks from Martinsville Speedway because his family needed the cash. Unlike veterans of most major professional sports leagues, Ard had no pension to fall back on.

"You can drive for NASCAR, but when it's over, it's over. You get nothing, " Ard told The Associated Press in a 2007 interview. "When you fall out of racing or something happens to you, it seems like NASCAR just forgets about you. It's your friends and the people around the race track who have to remember you and keep you going."

NASCAR policy is that drivers are "independent contractors" who bear full responsibility for their finances, health care, retirement and life insurance. The league owes the drivers nothing, but they are free to work out benefit packages with their team owner.

Current drivers don't feel the pinch the way NASCAR's old-timers do because the stars who built the sport didn't benefit from large purses or a padded points fund and television deals. Winnings often went toward feeding the family, or back into the race car.

Ard's struggles went largely unnoticed until he and his wife, Jo, wrote NASCAR around 2006 asking for $24, 000 to help pay off their trailer. NASCAR and Richmond International Raceway held an auction that raised $36, 000.

Efforts to help Ard increased in 2006 when Harvick and Dale Earnhardt Jr. penned a letter that circulated through the NASCAR community asking for help for Ard that began:

"To All: Many of you may not be aware that one of NASCAR's pioneers and champion, Sam Ard, is in very poor health and dire straits. If it wasn't for men like Sam, none of us would be able to enjoy the lifestyle we live today. We all do charity work and give back to the community, this time it's one of our own."

Harvick became a champion of Ard's plight, and in 2007 donated a new Chevrolet van to Ard's family. Kyle Busch committed $100, 000 to Ard after winning a 2007 Xfinity Series race at Texas Motor Speedway. Busch tied Ard's series record of 10 victories in a season that day.

"Sam Ard is one of the pioneers of this (series), and to be tied with him at 10 wins is something that's pretty spectacular and really, really special to me, " Busch said in victory lane after that win. "I'm going to try to help him out and see what I can do. It's not much, but it's something that can try to help."

RT @RnRDublinHalf: We are officially 9 weeks out from @AffideaIreland Rock ‘n’ Roll Dublin. We are on track for our biggest year yet! Sign…

RT @ChairmanJimmy: Best modern rock lyric is found on the track Youre So Last Summer by Taking Back Sunday.