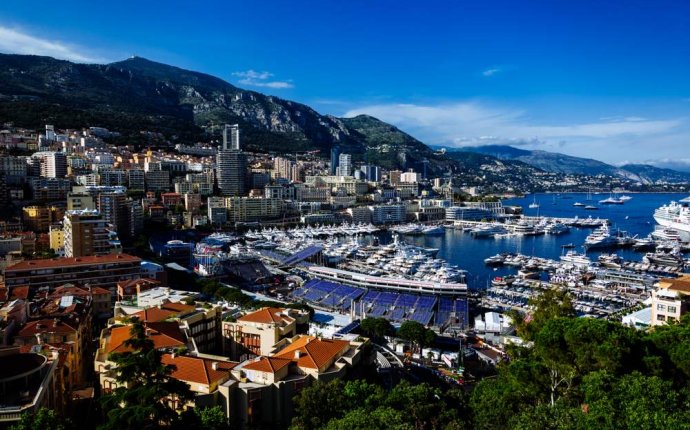 The Monte Carlo circuit, which winds through the streets of the tiny principality, is exceptionally narrow and there are precious few opportunities to overtake.

The pole-sitter always starts as the favourite to win the race and Lewis Hamilton looked on course to take top spot when he finished fastest in Free Practice 1 on Thursday morning.

However, he and Mercedes team-mate Valtteri Bottas finished eighth and 10th in the afternoon with Sebastian Vettel looking comfortably faster than the rest of the field.

The German has a six-point lead at the top of the F1 World Drivers' Championship and looks set to move further ahead of Hamilton this weekend.

Jolyon Palmer's dire season continues. The Brit was complaining of understeer during the session and wasn't able to join team-mate Nico Hulkenberg in Q2. He stormed off and will be promoted several places by grid penalties but he was still deeply disappointed by the result.

Romain Grosjean looked like he might be going out after spinning at Mirabeau Haute but he pulled out a late lap to put his fellow Frenchman Esteban Ocon out.

Lewis Hamilton missed out on Q3 for the first time since Italy 2013 as the Mercedes car continued to struggle. Since Thursday afternoon, Hamilton had not looked comfortable and the warning signs were clear to the Brit early on in Q2.

"I have no grip. Something's not right with car, " Hamilton said.

He did so before going out again to find some more time but continued to struggle with grip and tyre temperature.

The three-time world champion's final lap looked like it would be faster but Stoffel Vandoorne's crash and the subsequent yellow flags in the final sector stopped any further progress right at the end of the session.

"I've got traffic and there's so much wrong with the car, " Hamilton added.

With Hamilton out, pole position appeared to be a straight shootout between Kimi Raikkonen and Sebastian Vettel.

The Finn sealed his first pole in nine years as Vettel had his tyre warm-up interrupted by traffic while Valtteri Bottas ensured Mercedes will have one car on the second row tomorrow.