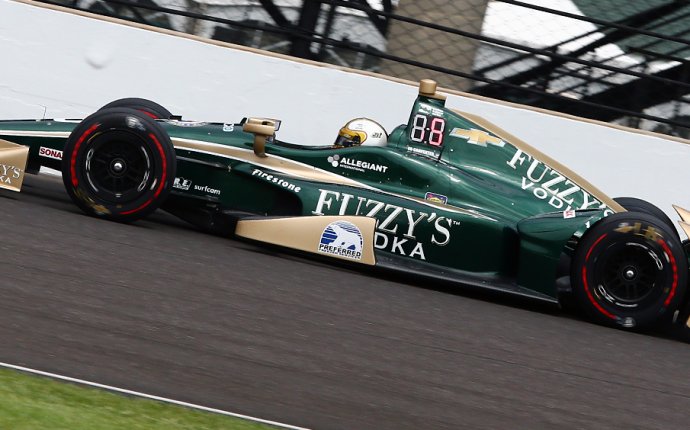 The grid is set for the 101st Indianapolis 500, with 2008 Indy 500 winner Scott Dixon capturing the pole position for Chip Ganassi Racing.

Dixon was the only driver whose four-lap qualifying average reached 232 miles an hour. He will be joined on the front row by Ed Carpenter Racing’s Ed Carpenter, who had taken the top spot in the Saturday session, and last year’s race winner, Alexander Rossi of Andretti Autosport.

Takuma Sato, Fernando Alonso, and JR Hildebrand will fill out the second row, with Tony Kanaan, Marco Andretti and Will Power completing the third row.

It’s worth noting that when Dixon won the Indianapolis 500 in 2008, he also started the race from the pole, so could he rack up another victory next Sunday?

Meanwhile, the usually dominant Team Penske cars will have struggles ahead of them, with the highest qualifier other than Power starting 18th — it’s two-time winner Juan Pablo Montoya.

Sunday also provided a medical update on driver Sebastien Bourdais, who was injured in a vicious crash during his Day 1 qualifying attempt. Here is the official statement IndyCar issued to media outlets including FanSided via press release on Sunday morning:

The Dale Coyne Racing driver sustained multiple fractures to his pelvis and a fracture to his right hip in the incident Saturday.

“Surgery went well, ” IndyCar Medical Director Dr. Geoffrey Billows said. “I’ve met with Sebastien this morning and he was doing even better than I expected.”

Bourdais also issued his own statement in a separate IndyCar press release:

“I want to thank everybody for the support and the messages, quite a few drivers have already dropped by. It’s going to take time, but I’m feeling pretty good since the surgery. I’ll be back at some point. Just don’t know when yet!”

James Davison will drive the No. 18 Dale Coyne Racing entry next Sunday in place of Bourdais. The Australian driver was last seen driving the 2015 Indianapolis 500 for DCR, where he finished 27th. Sunday will be just Davison’s fifth IndyCar start, but two of his past four have been in the 500.

Below are the complete qualifying results for the 101st Indianapolis 500:

The 101st Indianapolis 500 takes place Sunday, May 28 at 11 a.m. PT. The race will be nationally televised on ABC. To keep up with the latest news throughout IndyCar, follow along with the Motor Sports category at FanSided here.