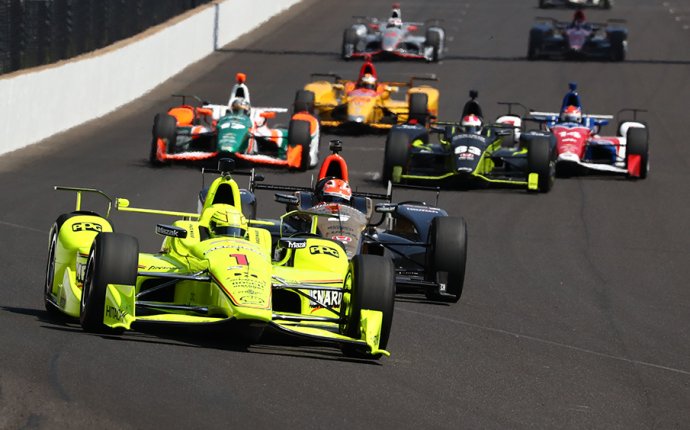 INDIANAPOLIS - Scott Dixon will be on the pole for the 101st Indianapolis 500 on Sunday at the Indianapolis Motor Speedway.

Only three of the top 16 cars in the starting field have Chevrolet power. All others are racing with a Honda, although there were concerns when several Honda engines developed issues in the final practices.

INDIANAPOLIS 500
(All times Eastern)
Site: Indianapolis
Schedule: Sunday, race, 12:21 p.m., ABC.
Track: Indianapolis Motor Speedway (oval, 2.5 miles).
Race distance: 500 miles, 200 laps.
Last year: Alexander Rossi stunned the field for his only win in 21 career starts.
Last race: Will Power took both the pole and the checkered flag at the Indianapolis Grand Prix.
Fast facts: Scott Dixon won the pole for the 101st running of the Indianapolis 500. Dixon had the fastest average speed in 21 years at 232.164 MPH. Arie Luyendyk set the track record of 236.986 mph in second-day qualifying in 1996. Dixon's pole snapped a six-race streak of starting first for Team Penske. Rossi seems to have taken to Indy quite well. After winning in 2016, Rossi will start a career-best third. Formula 1 stalwart Fernando Alonso will start fifth.