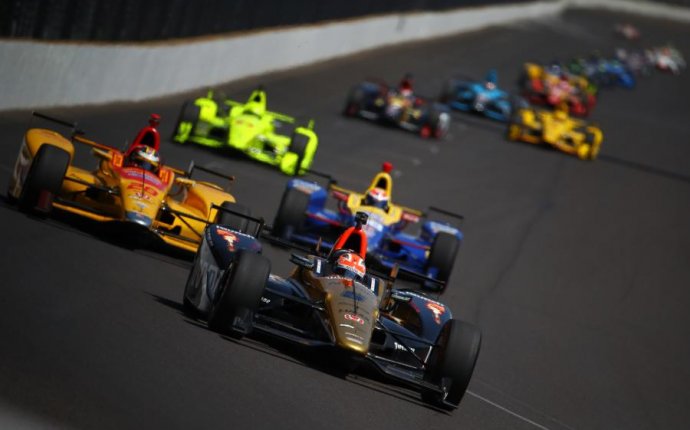 The double points available in the Indy 500 shook up the Verizon IndyCar Series standings this week. We have our third new points leader of the season in Team Penske’s Helio Castroneves, who has never won an IndyCar championship but is in position after narrowly missing out on his fourth Indy 500 victory.

Alexander Rossi also broke into the Top 5, though he’s considerably behind with just 190 points while all four drivers above him have at least 230. Tony Kanaan is lurking just outside in sixth, well up from his prior position of 11th. But there are only two points separating him from Rossi.

Among the losers from Indy 500 weekend were Castroneves’ Penske teammates Josef Newgarden (who fell from third to eighth position) and Will Power (dropping from fifth to seventh). Ryan Hunter-Reay’s blown engine cost him four spots in the IndyCar standings, as he slid from eighth place to 12th.

Yet with the 2017 IndyCar season coming up on its halfway point — this was the sixth race of 13 on the calendar — the standings are tightening up. Aside from the three-way tie for second place, there are just five points between fifth-place Rossi and ninth-place Ed Jones. Long Beach race winner James Hinchcliffe and Max Chilton are just another five points behind Jones, tied for tenth.

Drivers will have the opportunity to pick up plenty of points next weekend, as it’s the only doubleheader weekend left in IndyCar. The Dual in Detroit takes place Saturday and Sunday and will give some of the drivers who did poorly at Indy the chance to claw their way back up the ladder. But for now, it’s another Penske driver still on top of the heap.

Below are the updated Verizon IndyCar Series standings after the Indianapolis 500: