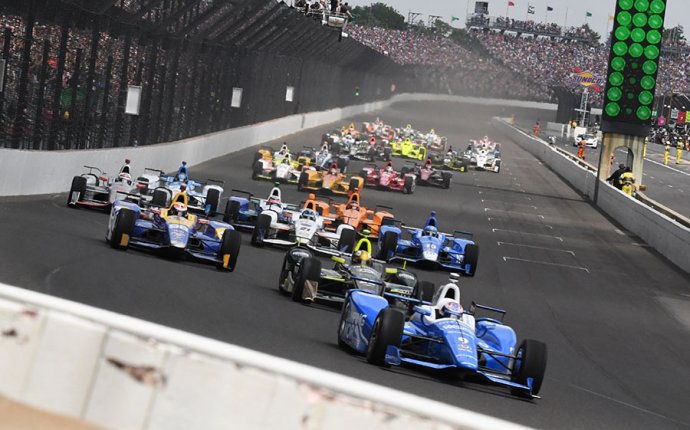 It’s time for the 101st running of the Indianapolis 500 – ”The Greatest Spectacle in Racing” – and we have a quick guide to key points in the pageantry.

WEATHER: The National Weather Service is calling for a 60 percent chance of rain/thunderstorms with a high of 77 degrees. At sunrise, it was clear and cool at Indianapolis Motor Speedway.

PENCE: Vice President Mike Pence – a native of Columbus, Ind. – and his wife Karen will attend, although Pence has stressed he wants to watch the race as a fan like he did growing up here and not draw attention from the race.

ALONSO: There is tremendous buzz around this race, in large part because two-time Formula 1 champion Fernando Alonso is skipping the Monaco Grand Prix – the F1 crown jewel – to attempt to win the Indy 500. He is going for the Triple Crown in racing. He’s already won the Monaco Grand Prix and has talked about going for the 24 Hours of Le Mans in the future. This will be his first race in the IndyCar series and on an oval.

FLYOVER: Performed by B-52 Bomber with 69th Bomb Squad.

CELEBRITY PACE CAR DRIVER: Jeffrey Dean Morgan, or as many know him, Negan from The Walking Dead.

IF YOU’RE GOING, GO EARLY: A crowd around 350, 000 attended the 100th running last year. While IMS has not announced a sellout, the addition of Formula 1 star Fernando Alonso certainly will bump up the crowd. So, don’t dawdle Sunday morning. With Vice President Mike Pence also attending, there will be extra security, gate closures and it may take longer to access the speedway with bag checks, etc. Gates open at 6 a.m.

MILK: It has been customary for the winner to quaff milk in victory lane since Louis Meyer began the trend with buttermilk after his third win, in 1936. Emerson Fittipaldi famously broke from the mold when he won in 1993, opting for orange juice as he owned groves in his native Brazil. This angered many, including the American Dairy Association, which has been involved in the marketing of the celebration for years.

GOING FOR FOUR: Helio Castroneves continues his quest to win a fourth Indy 500, which would put him in rare company. Three other drivers have accomplished the feat: A.J. Foyt, Al Unser Sr. and Rick Mears.