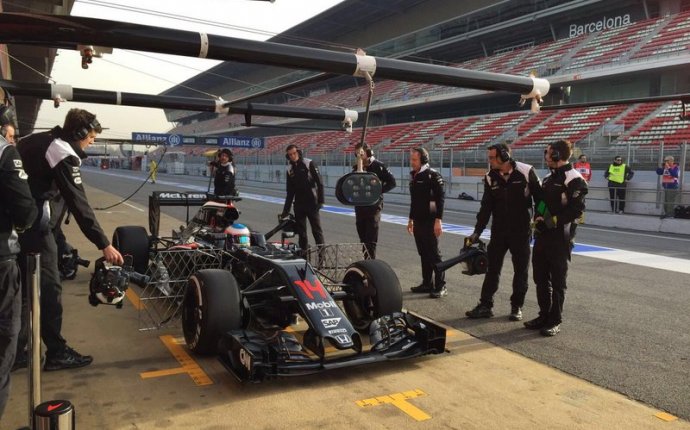 Williams and Haas became the latest teams to add T-wings to their cars on Monday as pre-season Formula 1 testing began at Barcelona.

An opening in the all-new aero regulations for 2017 has encouraged teams to add a high T-wing or a 'shark fin' on top of their engine covers.

While Mercedes has elected to run the T-wing as a standalone attachment, other teams including Ferrari, Williams and Haas are running the wing at the top of their shark fin.

Rather than adding downforce, the T-wings' main function is believed to improving airflow for the rear wing, with the shark fin helping condition airflow when the car is at yaw.

While only four teams have run the T-wing so far, others are almost certain to follow.

McLaren's chief engineer Peter Prodromou said at his team's launch that it was evaluating the idea.

"One of the regulations boxes that wasn't covered in the way people expected when they were designing the regulations has allowed these T-wings to go in that area, " he said. "It is something we are looking at."

Toro Rosso's James Key also said ahead of pre-season testing that the concept was one his team would now consider.