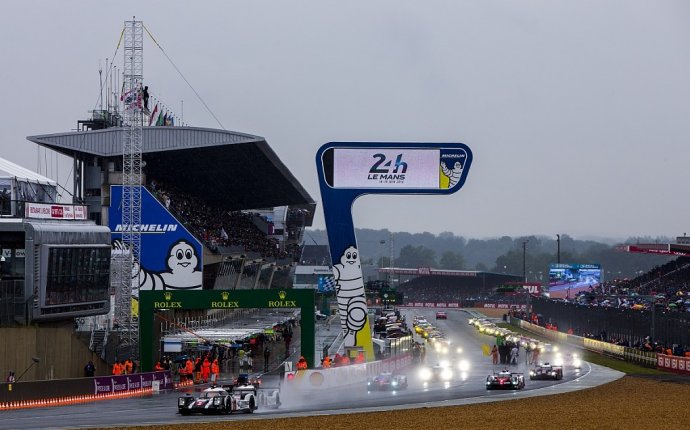 DEARBORN, Mich. — Verizon INDYCAR Series champion and Rolex 24 At Daytona winner Tony Kanaan will join drivers Joey Hand and Dirk Müller in Ford Chip Ganassi Racing’s No. 68 Ford GT at the Le Mans 24 Hours next month as the team looks to defend its 2016 GTE Pro Class victory. The Brazilian fills the seat left vacant by Sébastien Bourdais, who was injured during qualifying for the Indianapolis 500. This will be Kanaan’s first appearance at the 24 Hours of Le Mans.
“We’re very pleased we are able to get a driver of Tony’s experience and talent in the No. 68 Ford GT for the Le Mans 24, ” said Dave Pericak, global director, Ford Performance. “It’s certainly not the ideal situation and we’re heartbroken that Sébastien won’t be back to defend his race victory, since we know how much that race means to him personally. He is an important part of our family, and we look forward to him making a complete recovery.”
It’s the first time Hand and Müller will share a car with Kanaan, who won the overall title at the Rolex 24 At Daytona with Scott Dixon, Jamie McMurray and Kyle Larson in a Ford EcoBoost prototype in 2015.
Kanaan, 42, who signed with Chip Ganassi Racing in 2014, has spent significant time in the Ford GT this year. He led laps in the No. 69 Ford GT at the Rolex 24, where he joined fulltime drivers Andy Priaulx and Harry Tincknell to finish fifth in GTLM. Kanaan spent just over seven hours, 30 minutes in the No. 69 Ford GT during the race alone and was the third-quickest driver in the category, behind Ganassi teammates Richard Westbrook and Ryan Briscoe.
“It’s an honor to be named a part of the Ford GT lineup for Ford Chip Ganassi Racing at the Le Mans 24, ” Kanaan said. “It’s obviously an unfortunate situation that brought us to this point with Sébastien’s injuries, but I’m going to do my best to take his place and try to help win this amazing race for the team again this year. This race has definitely been on my bucket list for a long time, so I’m thankful that Chip and our partners at Ford have given me this opportunity.”