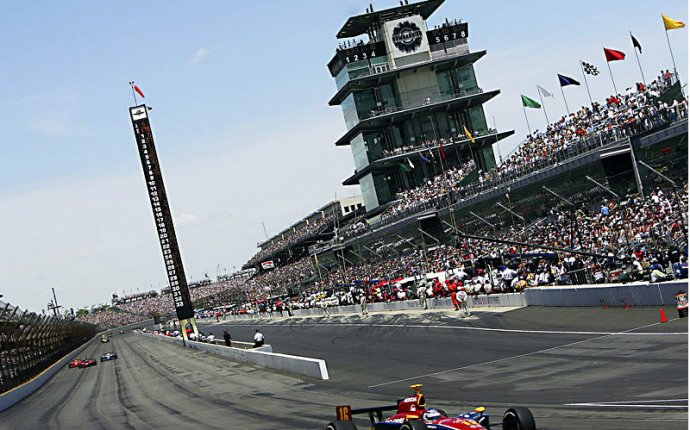 Everything you need to know about the 100th running of the Indianapolis 500:

Firestone tire allotment: 36 sets for use throughout the month

Allen Bestwick is the lead announcer for ESPN on ABC broadcasts for the second consecutive year alongside analysts Scott Goodyear and Eddie Cheever Jr., Rick DeBruhl, Dr. Jerry Punch and Jon Beekhuis are the pit reporters.

IndyCar Mobile App: Verizon Wireless puts fans around the world in the driver's seat with its IndyCar Mobile app. The app has been enhanced with new features to keep fans in the know of the latest race-day action. Exclusive features of the IndyCar Mobile app for Verizon Wireless customers will stream live through the app and include enhanced real-time leaderboard and car telemetry; the ability to follow the race in real time with the interactive 3-D track; live in-car camera video streaming for select drivers during Verizon IndyCar Series races; live driver and pit crew radio transmissions during races; and live Advance Auto Parts IndyCar Radio Network audio streaming during all track activities.

Pippa Mann qualified 25th for the Indianapolis 500. She's the lone female in this year's field. This is the 17th consecutive year a female has qualified for the race.

- The Indianapolis 500 will be the 100th 500-mile Indy-car race conducted on the Indianapolis Motor Speedway's oval. Ray Harroun won the inaugural race in 1911. Juan Pablo Montoya won the race in 2015 to become a two-time winner of the 500.

- There have been three different winners in five Verizon IndyCar Series races in 2016. Simon Pagenaud has won the last three (Long Beach, Barber and Grand Prix of Indianapolis). Juan Pablo Montoya (Streets of St. Petersburg) and Scott Dixon (Phoenix International Raceway) were the other race winners.

- Kanaan has finished in the top four in three of the last five Indianapolis 500s, including his win in 2013.