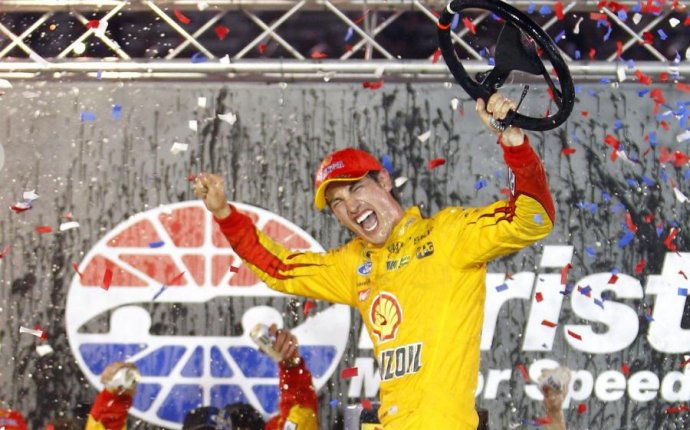 Where is Bristol Raceway?

Jimmie Johnson claimed his second victory in a row, taking the checkered flag at the Food City 500 Monday at Bristol Motor Speedway in Bristol, Tennessee.

Heck yeah @JimmieJohnson you are the man 🤘🏼

Johnson finished a little under two seconds ahead of Clint Bowyer. Kevin Harvick, Matt Kenseth and Joey Logano rounded out the top five:

Johnson climbed to second in the Chase for the Monster Energy Cup standings on the strength of Monday's race:

Fox Sports: NASCAR shared a replay of the final lap. Johnson cruised to the finish line:

Johnson and his crew celebrated appropriately:

Johnson team celebrates as he does a burnout. https://t.co/KlVAW8z6rs

Timing is everything, and Martin Truex Jr. and Kyle Larson picked the worst time to make mistakes on pit road.

Larson was the Stage 1 winner and led the most laps (202) of any driver Monday. Truex won Stage 2 and led the second-most laps (116). Each driver was penalized for speeding on pit road. Larson still challenged for the lead, while Truex's misstep came with 32 laps to go, severely hampering his chances of winning.

Inclement weather wreaked havoc on NASCAR's schedule for the Food City 500. Rain washed out qualifying on Friday, gifting Larson the pole since he had the most points entering the weekend. Race officials then moved the start of the race from Sunday to Monday after steady rain showers hit Bristol throughout Sunday morning.

ESPN's Ryan McGee and NASCAR on NBC reacted to their poor finishes:

Drivers will be working with a shorter week as they prepare for the Toyota Owners 400 Sunday at Richmond International Raceway in Richmond, Virginia. Qualifying is set to begin Friday afternoon, leaving drivers with little time to recover from Monday's race and make the trip to eastern Virginia.

By his incredibly high standards, Johnson had a somewhat sluggish start to the 2017 season. In his first six races, he had one top-10 finish and led 28 collective laps.

Down to Rommy again on Fri for a weekend of greyhound racing🐕. Roll on💰👌. @scotty2hatty @dekop88 #greyhoundracing #jagerbomb