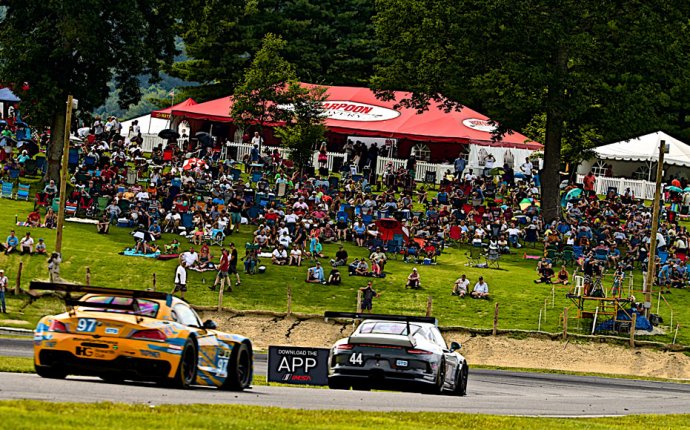 Where is Lime Rock Race Track?

Most race weekends end on Sunday, making events at Connecticut’s Lime Rock Park somewhat of an anomaly. Currently, they are prohibited from racing on Sundays at all. However, upon petitioning to amend this, the local community fired back by demanding that they take over the regulation of Lime Rock’s activities.

While the famed track is privately owned by Skip Barber and governed by an injunction set over half a century ago, the Salisbury Planning and Zoning Commission has proposed keeping the hilariously strict current time and usage restrictions on Lime Rock Park and regulating other aspects of the track’s use.

Lime Rock Park, on the other hand, believes that this would be unlawful on the part of the Planning and Zoning Commission and is trying to rally support for the track.

But allowing the community to regulate Lime Rock even further would be egregiously bad for the track and local motorsport. Here’s why.

Making The Most Of A Day Of Rest

Currently, Lime Rock falls under the jurisdiction of the Litchfield Superior Court through an injunction made in 1959 when aggrieved homeowners organized as the Lime Rock Protective Association and took the facility to court. On rare occasion, Lime Rock has asked for modifications to this injunction to keep up with modern needs.

The last time they modified this agreement was in 1988. The agreed upon rules from then still limit the facility’s hours of use, prohibit motorcycle racing, and prohibit racing on Sundays, however, they also allow a certain number of unmufflered days at the facility.

In order for motorsports to grow, many events now utilize both Saturday and Sunday to allow fans and participants to get the most out of a weekend. Professional events now often start on Thursdays, with practice sessions, support series, and qualifying leading up to a Sunday feature race.

Lime Rock realizes this and filed a motion on September 4 asking the Litchfield Superior Court to modify the injunction to trade five unmufflered Tuesdays on the calendar for Thursdays. Additionally, they have made the painfully reasonable request for two unmufflered Sundays of the year, with one Sunday reserved for a professional event and one reserved only as a rain-out date. They have asked to extend their hours of operation on Friday morning and Saturday afternoon to accommodate such events. They have also asked for twenty Sunday mufflered days of operation “to allow the track to stay economically competitive, ” per the motion’s argument.

Lime Rock’s current arrangement also effectively prevents them from hosting support series on race weekends. While there is a sanctioning fee that the track has to pay to host a major race event, support series that want the visibility alongside the main event often pay the track to appear there. Because Tuesday, not Thursday, is Lime Rock’s designated unmuffled test day, no racing is allowed at all on Friday. The track isn’t even allowed to go hot then until 10:00 a.m., so there simply isn’t time to bring in enough support series to drive a significant amount of revenue for the track.

You can see the problems at work here.

So as a concession, the facility is asking to reduce their number of unmufflered weekday test days from 52 to 20. Lime Rock Park also already has a self-imposed sound limit in the interest of being a good neighbor that track spokesman Rick Roso told us has netted them zero noise complaints in the past five years.

It’s a small step into the 21st century, but the track is on to something. Most people only get two days off per week: Saturday and Sunday. Those are the days when people are usually available to do things like watch a race or drive in a track event. It’s unfair that Lime Rock is the only track in the entire country that is prohibited from racing on a Sunday.

While many are quick to blame Trinity Episcopal Church’s presence right next to Lime Rock as the reason why no one can race on Sundays, Connecticut law prohibits racing before noon on Sundays, anyway. While I don’t agree that Connecticut’s law makes sense for every facility, not racing before noon makes sense in Lime Rock’s case given their proximity to said church, and the track is not looking to change this.

RT @danielricciardo: Great day on track, another top 3 followed by a very fun podium with @SirPatStew 🍻👞 thanks @redbullracing & the awesom…