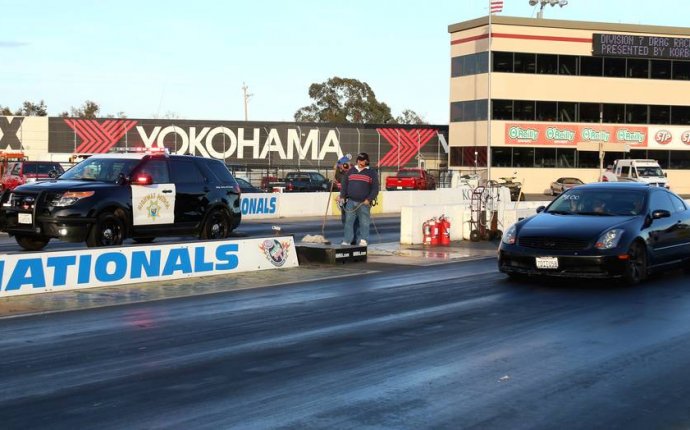 POPULAR PROGRAM GIVES PEOPLE A SAFE, LEGAL, CONTROLLED ENVIRONMENT IN WHICH TO DRAG RACE THEIR CARS, AWAY FROM CITY STREETS.

WHAT
The popular Wednesday Night Drags program will kick off its 29th consecutive year at Sonoma Raceway on March 15, 2017. The raceway will open its gates most every Wednesday night from March 15 - Nov. 8 for fans who would like to race down the world-famous quarter-mile drag strip.

OBJECTIVE
The objective of the program is to give people, from teenagers to working professionals, a safe, legal and controlled environment in which to race their vehicles, as opposed to using city streets or back-county roads.

****April 12th Wednesday Night Drags has been cancelled due to weather.

WHO
Anyone with a driver's license can compete, providing their vehicle or motorcycle passes a simple technical inspection. All vehicles must have mufflers. The event attracts a varied crowd, including teenagers, mothers, working professionals and grandparents racing everything from Corvettes to Mini-Vans. Three-hundred cars are allowed to compete each Wednesday night. The weekly event attracts an average of 900-1, 200 people (competitors and spectators).

The Top the Cops™ program, which enters its 23nd season this year, offers an alternative to illegal street racing and gives teens the chance to race against law enforcement officers, who compete in full uniform in their official vehicles on the quarter-mile drag strip. The program also provides a unique environment for the officers to talk with teens about safe driving and the rules of the road.

DISCUSS
Be a part of the Sonoma Raceway Drag Racing forums to discuss drag racing with fellow racers and share your photos. To log-in or create an account, CLICK HERE.

@d sin: if video games can't be a sport than neither is any type of vehicle racing you fucking hick idiots

RT @tuyoki: fixing sleep schedule is like trying to make a 90° sharp turn in a racing game but the vehicle isn't turning fast enough and yo…