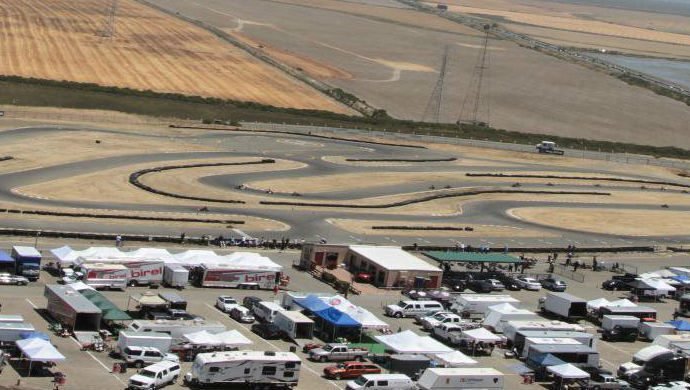 Nearly 40 race fans mingled with stars from the NHRA Mello Yello Drag Racing Series under rainy skies on Saturday and helped support a great cause at the 14th annual NHRA Tour de Charity at the Sonoma Raceway Karting Center.

The charity event, which pitted race fans against NHRA racers for a day of karting on the raceway's challenging kart track, raised $10, 775 for Speedway Children's Charities, bringing the 14-year total for the event to more than $151, 000.

"It's been incredible, " said first-year participant Phil Lloyd of Harrisburg, Penn. "The sense of speed of the karts is fantastic. There is a camaraderie of the drivers and it's all for charity."

Speedway Children's Charities, the charitable arm of Sonoma Raceway, raises funds for distribution to qualified youth organizations in Sonoma County. The charity has distributed more than $5.1 million since 2001.

"I knew it was going to rain today, but I was hoping that folks wouldn't back out because these are the most fun conditions, " said Capps. "Today lived up to those expectations, and I want to thank everyone for making this such a fun day. This is the best event in the world at a world-class facility."

Race fans also competed in an eight-lap race at the end of the day, with Sacramento's Matt Sherman taking top honors with a time of 1 minute, 3.640 seconds.

@ZPZProduction which episode of (parts unknown/no reservations) did @Bourdain go to Napa/Sonoma and race a car? which track was it?

@Stoopac Race Yugos on the track at Sonoma Raceway...