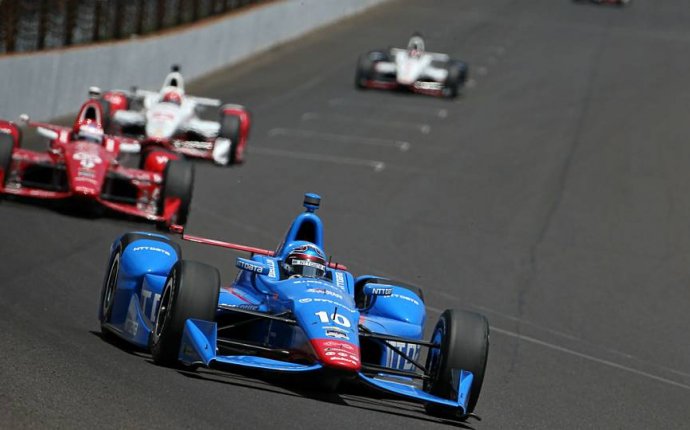 Scott Dixon, of New Zealand, sits in the remains of his car after going airborne in a crash during the running of the Indianapolis 500 auto race at Indianapolis Motor Speedway, on May 28, 2017, in Indianapolis. Bud Cunningham—AP

Indianapolis 500 pole-sitter Scott Dixon was knocked out of the annual race Sunday after a destructive and terrifying crash.

Dixon's car flew over the car of Jay Howard, another driver, and hit the retaining wall and shredding to pieces. The tub of the car stayed in place and Dixon was able to climb out of what was left of his vehicle, the Associated Press reported.

"Just a little beaten up there. It was definitely a rough ride, " Dixon said. "I'm just bummed for the team, man. We had a great shot. We had gotten a little loose but they had dialed it in."

"Definitely a wild ride, " he added.

Both Dixon and Howard were checked and cleared by medical professionals after the crash, which occurred around lap 54 of the race.

Dixon, of New Zealand, won the Indy 500 in 2008. Takuma Sato, who won this year's race, became the first Japanese driver to win the Indy 500, The Drive reported.