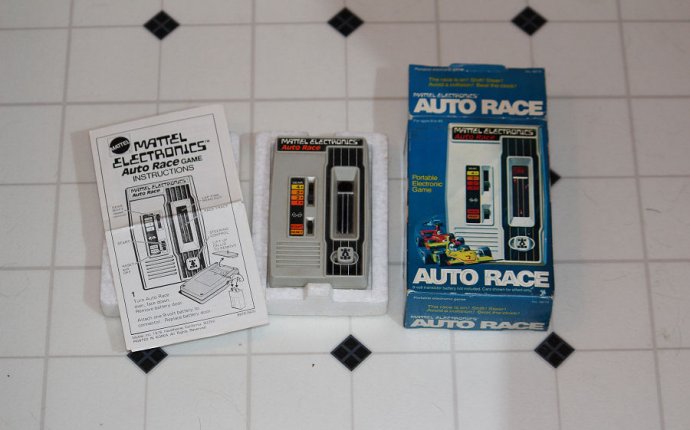 Mattel Auto Race was released in 1976, and was the first Mattel Electronics handheld game made available to the public (and is also the first ever all-electronic handheld, using no moving parts, just electronic components). (This game too easy for you? There's a speed control inside the game, it's like a little volume control. It's usually set right about in the middle, so you can make the game about twice as fast or twice as slow by moving this POT. Of course, you have to get those dang triangle screws out... :) Auto Race was released in two different box styles: The older (original) box was significantly larger than the second (smaller) version. The large version had the game packed in styrofoam blocks, where the smaller version had the game packed in a plastic bubble-wrap bag. (Several of Mattel's earlier handhelds went through this change.) Some of them also have an A/C adapter port for powering the game. Auto Race was followed the much more popular Football, the game almost everyone thinks of when they think of the original Mattel line of electronic games.