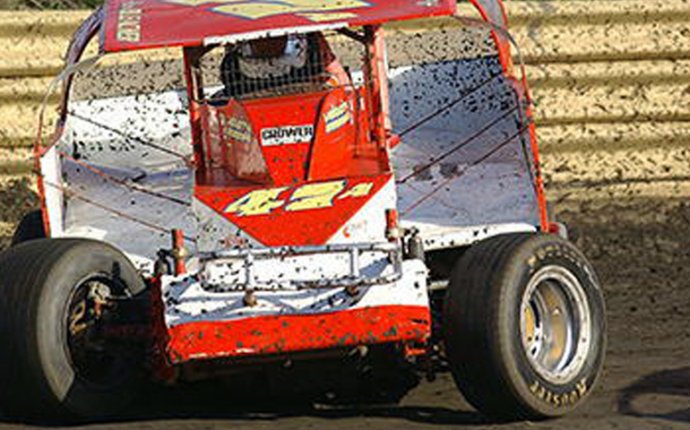 IRacing.com unveiled an exciting new dimension to online motorsports this week with the release of its dirt track racing feature. Modeled with iRacing’s renowned precision and fidelity, more than half a dozen different versions of Legends, Street Stocks, Modifieds, Sprint Cars and some of America’s most iconic dirt tracks including Eldora, Volusia and Williams Grove Speedways are now available to the eSport service’s 230, 000-plus member subscribers.

“We’re tremendously excited to make dirt sim racing available to our loyal and enthusiastic members, ” said Tony Gardner, President of iRacing.com. “This opens a whole new dimension to the sport of sim racing, and we’re looking forward to race fans around the world slinging some virtual dirt on iRacing.”

“Developing the cars and authentically modelling the variables involved in dirt track racing was a huge challenge, but a fun challenge, ” says Dave Kaemmer, Chief Executive, Chief Technical Officer and co-founder of iRacing.com. “Of course, paved race tracks surfaces change constantly as well, but not as dramatically visually or in terms of the grip level, not to mention developing the ‘cushion’ you find on dirt tracks. Our entire development team, including our software engineers, graphic artists and test drivers, is to be congratulated on a job well done.”

The dirt racing feature’s release comes on the heels of recent announcements that iRacing will be the official online partner of the World of Outlaws as well as sponsor of Kasey Kahne Racing’s Sprint Cars and Clint Bowyer Racing’s Late Model program.

“I think it’s fair to say we’re hitting the dirt running, ” said Steve Myers, Executive Vice President and Executive Producer for iRacing.com. “With our outstanding product and the enthusiastic support from great partners like the World of Outlaws, Kasey and Clint, we’re confident iRacing will quickly become synonymous with dirt racing across the country and around the world.”

@DaleJr Oh no! Jr your gone were done with NASCAR! We will just continue with dirt track races

@KyleLarsonRacin are you going to compete in any dirt track races in California during Sonoma weekend? Would love to catch you on the dirt!