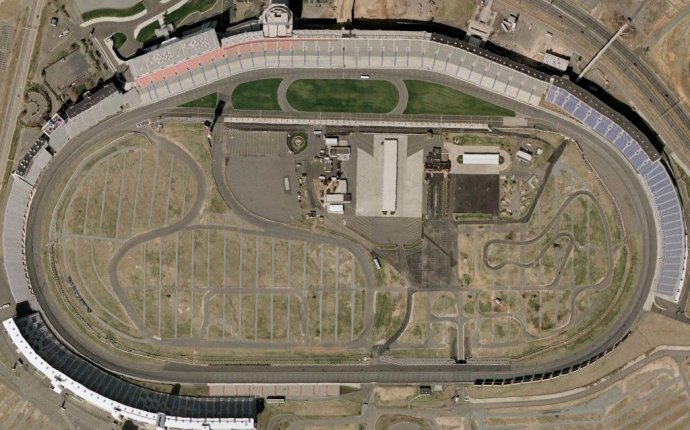 When more than 150 competitors and thousands of fans return for the World of Outlaws World Finals, Nov. 6-8, they'll be welcomed with new North Carolina red clay at the lightning-fast, fourth-tenths-mile oval. Track officials resurfaced the facility over the summer in preparation for the three biggest nights on dirt to ensure more thrilling racing and improve track conditions.

The entire process took two weeks to complete, and in all, more than 1, 500 yards of clay were brought in from Morehead Farms, located on Charlotte Motor Speedway property. This is the same location the original clay came from when the facility was first built in 2000.

"We always want to put on a great show for the fans and to maintain a surface that the competitors can race their hardest on, " said Matt Greci, director of events for Charlotte Motor Speedway. "After years of dirt-pounding action, we lost a lot of depth and it was time to resurface and improve our ability to prep the track for the very best shows. This racy red clay gives us a lot more flexibility and we're looking forward to the reaction from the fans and the drivers."

Prior to resurfacing the track, Greci sent samples to a specialist in California to make sure the consistency of the new dirt was where it needed to be.

"Every year we send out samples to see where we're at with our calcium, our pH levels and our clay percentage. It gives us an even better idea of what we need to put in the racing surface. They measure the organic matter, which helps on the absorption of water. We sent them samples of both the previous dirt surface and the dirt we brought in to ensure that we were working in the right direction."

Once the new dirt was loaded in, Gary Risch, the head of World Racing Group's track prep crew and general manager of Lernerville Speedway, began working on the track with his team.

"We came in and moved the dirt around in the corner and straightaways and more or less shaped the facility the best we could at that point, " said Risch. "It's kind of funny, it almost looked like a marble cake when we were putting the new clay in with the old clay. Clay gets worn out and there's been a lot of stuff tried at Charlotte to keep dust down throughout the years. It didn't hold the moisture like it should. The new dirt is really holding the moisture, and between the two (types of clay), it should find a very great consistency and keep the moisture in place longer."

Shortly after the new clay was installed, Clint Bowyer and Steve Francis, Late Model driver for Clint Bowyer Racing, were out at the track to give sponsor ride alongs and gave positive feedback to track officials. Francis' crew chief, Tommy Grecco, was able to get a closer look at the new surface that day as well.

"It has a lot of potential, " said Grecco. "The dirt held up well considering what we were doing out there, but we won't know a true comparison until we race on it. As far as the surface holding up, it should be a lot smoother and it compressed and packed together a lot easier.

"If they can slow the track down enough, you will have phenomenal racing. The slower the track, the better a race is. Obviously when it's fast and wide open it doesn't warrant passing. I think what they have done is going to warrant a good race. I think it's going to warrant two abreast racing."

Thursday night will include time trials for all three divisions along with heat races for the big-block modifieds. The Friday and Saturday night events will be highlighted by complete programs for both the sprint cars and late models, while the modifieds will battle in last chance and feature races.

Advance tickets and camping sales are pacing ahead of last year's World Finals and officials expect the weekend to sell out for the sixth consecutive year, but there's still a great opportunity for dirt racing fans to be a part of the action.

Three-day packages are available for $89 for adults and $34 for kids 13 and under. Single-day tickets are $25 for adults on Thursday and $44 for Friday and Saturday. Single-day tickets for kids 13 and under are $10 for Thursday and $15 for Friday and Saturday. Upgrade your ticket to include a pit pass for $15 per day. For more information or to purchase tickets, call the speedway ticket office at 1-800-455-FANS (3267) or go online at