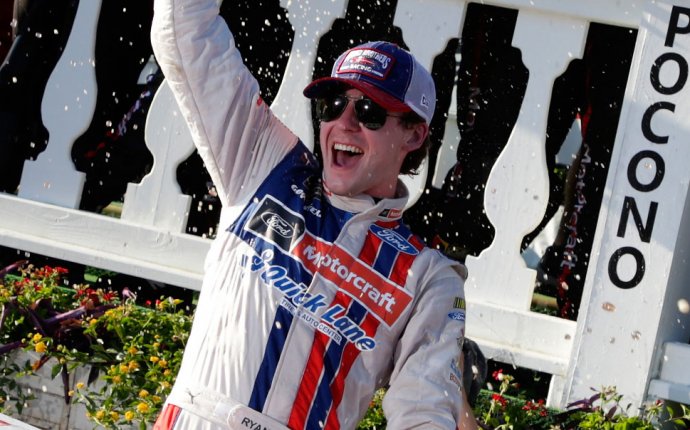 The win tied him with Richard Petty and Dale Earnhardt Sr. for the most titles in NASCAR history. While his run of five championships in a row from 2006 to 2010 was historic, Johnson's latest victory put him among the best drivers of all time.

However, the No. 48 car crossed the finish line ahead of Johnson's rivals to take home the top prize.

Here are the final standings for the 2016 season:

Other drivers were quick to praise the new champion:

Congrats to @JimmieJohnson .. what a driver .. but even better person... one of the classiest guys in our sport!! #SE7EN

No denying @JimmieJohnson is in the LEGEND category now.

Johnson appeared to be too far back to win the title, with all three Chase drivers ahead of him down the stretch.

Edwards lost his chance, however, on a brutal crash with just 10 laps to go, as NASCAR's official Twitter account showed:

He was attempting to block Logano but ended up going into the wall. Edwards wasn't able to finish, while Logano was pushed back to ninth place with a damaged car.

Meanwhile, Johnson went from far off the lead to fourth place, with only Busch left to compete for the championship.

George Diaz of the Orlando Sentinel summed up the next series of events:

After Busch pitted for fresh tires, Johnson seized his opportunity to win with a great restart, pulling ahead of Kyle Larson and earning the checkered flag, via NASCAR:

The pit crew was excited about the victory, as the Motor Racing Network shared:

Johnson knew what he needed to do throughout the Chase. After advancing on points in the first round, he won at both Charlotte Motor Speedway and Martinsville Speedway, clinching a spot in the ensuing rounds at the first chance he got.

Similarly, he won two of the first five races of the season before cruising for the rest of the year and setting himself up for the final stretch.

Johnson was at his strongest in the final race, winning at Homestead-Miami Speedway and earning a spot in the record book.

RT @CopperCab: I'll be streaming me looking for a girlfriend, and doing speed dating tonight on my YouTube channel LIVE at 11PM EST.