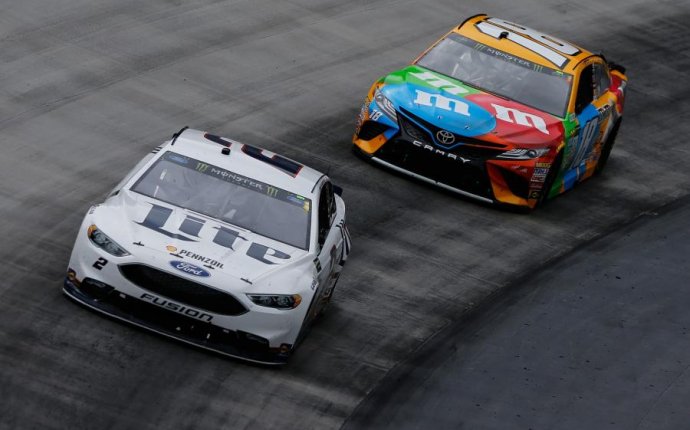 Eddie Olczyk sees fantasy sports players squinting over stats like a tax attorney looking for loopholes and he wonders why they couldn't be poring over the Daily Racing Form instead.

"When you think about horse racing, on any Friday, Saturday or Sunday, you can have action every three or four minutes if you want it, " said Olczyk, best known as a former hockey player-turned-TV analyst for the Blackhawks and NBC but just as passionate when it comes to playing the horses. "It's right there for you."

Olczyk is keenly aware the sport of kings needs to do a better job of selling itself, especially to new generations of would-be devotees, if it's to survive and thrive.

That mission informs NBC Sports' seven hours of cable and broadcast coverage Saturday around the Kentucky Derby, one of the few days each year when even people who wouldn't know a trifecta from taffeta are at least vaguely aware of racing.

"I see the fantasy sports, and I see the boom and all the money, " Olczyk said. "I sit there and go, well, that's what horse racing has been forever, and that's one of the thing horse racing needs to do a better job on. Then maybe you would get the younger people."

That rush from analyzing past performance, predicting how things will go, identifying value in the field others might miss in competing for a share of pooled money? Welcome to parimutuel wagering.

"I've been trying to tell people that about horse racing for the last 30 or 35 years of my life, " said Olczyk, 50, whose love with racing began as a teen. "That's the thing I was captivated by.

"There was something about the animals and the action and obviously a beautiful race track like Arlington (Park), " he said. "It became a way to get away from hockey as I got older and it's always been a great love and passion of mine. … By the time I was 18, 19 years old, I was in it for the long haul. It was the game for me."

Past performance: Since he first joined NBC's racing coverage in June 2014, Olczyk's affection for thoroughbreds has been covered extensively.

Yes, he once hit a Pick 6 wager — essentially betting on six races at once — worth $497, 000. He brought the Stanley Cup his New York Rangers won to be nuzzled by Kentucky Derby winner Go for Gin at Belmont Park. He got his start in broadcasting by helping out with in-house racing coverage at New Jersey's Meadowlands Racetrack during the 1994-95 NHL lockout.

Olczyk views hockey as similar to horse racing in that each wins fans more readily when the sports is seen in person. Only some of their appeal comes through the TV.

"It is up to us to get people, and I fight these same battles when it comes to hockey, " Olczyk said.

That's entertainment: "The Derby is different than most of our horse racing shows, " he said. "You're catering to people that turn on the TV once a year, and that may be the only horse racing they watch. That's just the reality of it. I feel part of my job is to instruct. The first Saturday in May (the objective is) to tell stories and encourage people to get out to their local track for entertainment."

Speaking of goals: Olczyk is circumspect about what the proper Blackhawks response should be to their stunning first-round playoff ouster in a sweep against the Predators. But he thinks there's still a potent nucleus.

"They're still one of those teams that you look at and go, wow, if you can get creative and you become aggressive, this team should have another run or two, " Olczyk said.

"They're getting a little older but that's the way that the wheel turns, " he said. "So there need to be some tweaks. The team needs a jolt. But when you look at the heart and core of this team, to me, they still have the ability to go ahead and make a run. But that's up for Rocky (Wirtz) and John (McDonough) and Jay (Blunk) to figure out, along with Stan (Bowman) in hockey operations."

Stay tuned: Is former Bears quarterback Jay Cutler looking to channel that famously subtle charisma he showed Chicago into a TV career? NFL Network reports Cutler is interested in becoming an analyst and ESPN says he auditioned in Los Angeles for a possible Fox Sports job.

Your sleep is ovah: Mercy: The White Sox are planning to give away 20, 000 Hawk Harrelson alarm clocks to fans attending Saturday's game with the Padres. The clocks interrupt slumber with "You can put in on the boooaaard, yes!" and other Hawk-isms.

Here's hoping the White Sox someday give out Jason Benetti clocks, too, even if initially they're for home-use only. Nothing fancy, just really good at telling time.

No overnight sensation: "I think the four people that watch it don't justify it." — Bruins owner Jeremy Jacobs, suggesting to the Boston Globe that the potential scheduling of hockey games in the middle of the night in the U.S. factored into the NHL's decision to skip next year's Olympics in South Korea.