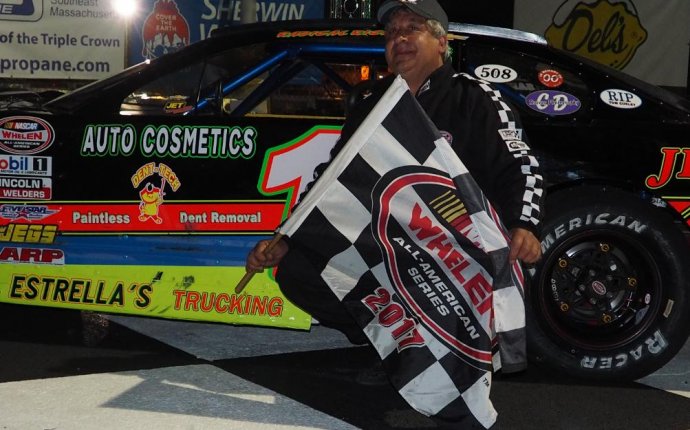 The "Big Game" just got a lot more interesting for a pair of race tracks in the Speedway Motorsports, Inc. family. New Hampshire Motor Speedway's executive vice president and general manager David McGrath and Atlanta Motor Speedway's president and general manager Ed Clark have put everything from lobster and peaches to premium race tickets on the line for the Feb. 5 title game between the New England Patriots and Atlanta Falcons.

When the Falcons win:

If the Patriots (somehow) win:

"I mean, come on. Tom Brady? Bill Belichick? Do I need to say anything more?" said McGrath. "The Patriots have become synonymous with winning championships. It's what they do. So, if Ed wants some of our famous New England lobster, he's going to have to fly up here to get it because I'm winning this bet - and I can't wait to enjoy some delicious Georgia peach cobbler while we celebrate another New England title."

"We are so proud of our friends at the Atlanta Falcons for making it to the NFL's biggest game of the year, and to David, I say, 'You're on', " said Clark. "We can't wait to watch our team knock off Brady, Belichick and the Patriots and bring their first title home to Georgia. Most of all, I look forward to seeing David wearing a Falcons jersey, lobster in hand, in Victory Lane here at Atlanta Motor Speedway on March 5."

Fans are encouraged to join in the conversation and support their respective teams on all social media platforms by using the hashtags #AMSFalcons or #NHMSPatriots.