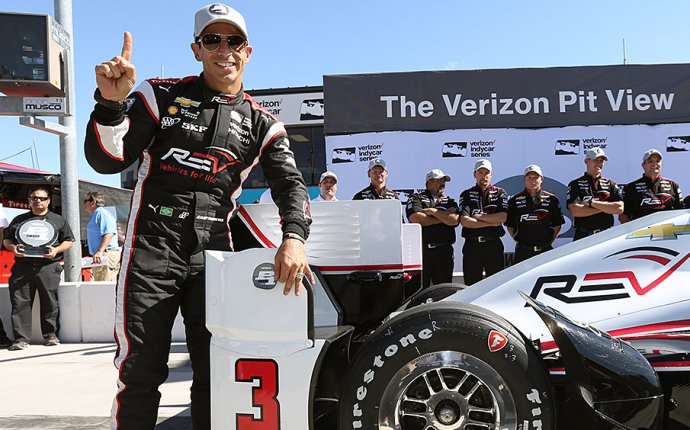 NASCAR's foray into Phoenix proved to be fruitful for Kevin Harvick, who took home the checkered flag over Carl Edwards in a nail-biter

Harvick's victory was an historic one at Phoenix, as Jayski noted after the race:

Todays margin of victory (.010 sec) is the closest in series history at Phoenix. Previous record was 0.13 sec. in 2010 (Newman over Gordon)

This year's Good Sam 500 was all about four drivers. Pole-sitter Kyle Busch held the top spot for 75 total laps before relinquishing things to Earnhardt, who went inside to take the lead, via NASCAR:

As good as Earnhardt has been overall at Phoenix Raceway, his three victories on the track have come at November's Can-Am 500. He did finish second at this event in 2014, but he brought up the caboose last year after blowing a tire on Lap 181.

Busch didn't have an incident that bad, though there was an amusing moment when he attempted to pull into pit row just after the halfway mark, via NASCAR:

After falling back to 18th in the standings, Busch was able to battle back late. He climbed all the way back up to the third spot with less than 80 laps to go.

Harvick and Edwards were in a battle for the lead while Busch was making his comeback. The duo went into pit road around the 230-lap mark, with ESPN's Bob Pockrass providing the scene as they were coming back on the track:

Edwards beats Harvick off pit road for the lead. "Got you by an inch, " Harvick told. #nascar

Even though that moment didn't go Harvick's way, he would quickly vault into the top spot, leading a race-high 139 laps.

Harvick's resume at Phoenix has been more impressive than Earnhardt's, as noted by Phoenix Raceway on Twitter:

There were questions about Harvick's fuel late in the race, though Pockrass noted his team wasn't holding him back from opening things up:

They haven't told him to keep saving, so I am thinking Harvick should be good. But you never know. #nascar https://t.co/i2e5DMQxab

RT @ForgelineWheels: It's #WheelWednesday! Looking for a 5-spoke that can handle real racing? The #Forgeline #GF3 #OpenLug is your wheel! h…

@IndyCar Been watching y'all for a long time going back to the CART days. One of my favorite Open wheel racing series in the world.