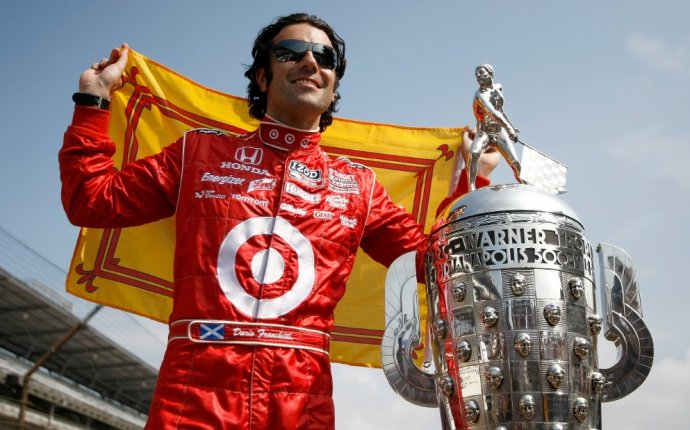 Although it’s no longer common for current Formula One drivers to compete in the Indianapolis 500, pilots with F1 roots are as much a part of the race’s history as the tradition of kissing the bricks.

Fernando Alonso is getting set to attempt the second leg in his pursuit of the triple crown May 28, and while he would be the first current F1 driver to win the Indy 500 in recent history, he wouldn’t be the first racer from the “pinnacle of motorsport” to chug some milk at Indianapolis Motor Speedway.

In fact, the Spaniard would be the 10th F1 pilot to take victory in the historic race. And based solely on superstition, he’s in with a shout of winning, as many of the others on that list also had two world championships under their belt when they attempted the 500.

Here are the 10 F1 drivers who have take the checkered flag in the Indy 500:

While Alonso wants to follow in the footsteps of all the drivers on this list by winning the 500, his ultimate goal is to succeed Hill as a triple crown winner. Hill currently is the only racing driver to achieve that feat. Also, until Nico Rosberg won his maiden title last year, he and his son, Sky Sports analyst Damon Hill, were the most recent father-son world champion duo.

Fittipaldi is a two-time F1 world champion, and won the 500 as many times. He nearly won the race a third time but crashed out while he had a massive lead to the rest of the field. Nowadays, Fittipaldi is working with Italian design firm Pininfarina to develop his first supercar.

Since he began racing in the United States, Montoya has racked up wins in both NASCAR and IndyCar, including two in the Indy 500. Alonso has said he’s excited to race against Montoya again, calling him one of the best competitors he’s ever faced.

Sullivan never had much success in F1, earning just two points throughout his career. However, after making the jump to the U.S., he won the Indy 500 on his third attempt.

After finishing second in the 2015 GP2 championship, Rossi looked set to be the first U.S.-born driver to compete full-time in F1 since Scott Speed in 2007. However, he missed out on a 2016 drive with Manor Racing, so he secured a seat with Andretti and never looked back. Given that Rossi — who also spent his entire career in European single-seaters — won the 500 as a rookie with Honda-powered Andretti Autosport, Alonso has a decent chance of crossing the line first in this year’s running.