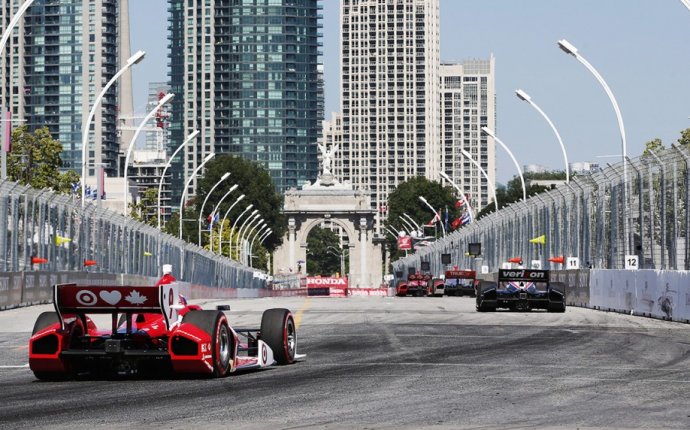 Verizon IndyCar Series officials made the announcement today, revealing the details of its 2017 schedule. All venues where INDYCAR competed in 2016 return to the 2017 calendar, which features races on six ovals, six permanent road courses and five temporary street circuits across the United States and Canada. The Honda Indy Toronto is the only Canadian stop on the series schedule.

"The Honda Indy Toronto spells summer in Toronto for generations of Torontonians and festivalgoers from across Ontario and beyond, " said Jeff Atkinson, president of Honda Indy Toronto. "We had an incredible 2016 event to mark our 30th year of racing on the streets of Toronto and look forward to building on that momentum by continuing to grow the festival programming to bring race fans an event that is fun and exciting for all ages."

Additions to on-track and festival programming will be announced in the coming months, but race fans can expect the return of the Mazda Road to Indy ladder series, which includes Indy Lights Presented by Cooper Tires, the Pro Mazda Championship Presented by Cooper Tires and the Cooper Tires USF2000 Championship Powered by Mazda. By popular demand, stock car racing with the NASCAR Pinty’s Series will run again in 2017, headlining track activity on the Saturday of the event weekend as the Pinty’s Grand Prix of Toronto.

About the Honda Indy Toronto: The Honda Indy Toronto takes place on the historic grounds of Exhibition Place in a unique lakefront and downtown setting. As Ontario's largest annual sporting event, the event has become a prestigious meeting place for some of the world’s fastest racecar drivers. Since 1986, the three-day event has entertained millions of fans thanks to world-class entertainment and exhilarating performances from drivers including Juan Pablo Montoya, Marco Andretti and Helio Castroneves, as well as Canadian legends Paul Tracy, Greg Moore and James Hinchcliffe. The event is owned and operated by Green Savoree Racing Promotions, which also owns the Firestone Grand Prix of St. Petersburg (March 10-12, 2017) and The Honda Indy 200 at Mid-Ohio (July 28-30, 2017).