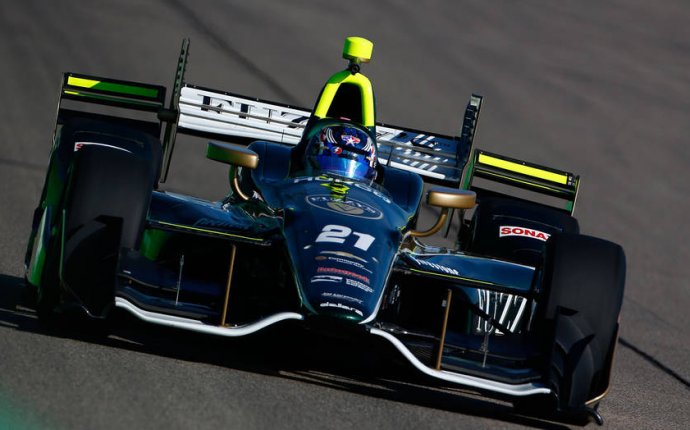 Update note: The final rating for the 2017 Indianapolis 500 was a 3.4, according to Nielsen Media Research. That means 3.75 million households tuned in with average viewership at 5.5 million people. It was the most viewed sporting event of the weekend, but was the lowest rated Indianapolis 500 since ABC began start-to-finish coverage of the race in 1986.

Overnight television ratings for the 2017 Indianapolis 500 dropped to their lowest point since Nielsen Media Research began tabulating overnight ratings in 2003.

It’s anticipated that this year’s Indy 500 could be among the lowest-rated since ABC began start-to-finish coverage of the race in 1986. The final Nielsen rating will be out later this week.

This year’s overnight rating ties the previous low over the last 15 years, according to Nielsen.

Perhaps even more troubling is that the three lowest rated races have come in the last eight years. The 2010 race scored a 3.6 rating and the 2013 race earned a 3.7 rating, according to Nielsen.

This year’s race continues a concerning trend for the Indianapolis Motor Speedway and IndyCar Series as 2016’s rating was a decline from the 4.3 rating in 2015, despite all the extra publicity surrounding last year’s 100th running of the race

This year's poor rating comes at a bad time as IMS and IndyCar Series officials open negotiations for their TV contract. ABC's current contract to air the Indianapolis 500 runs through next year, and some broadcast and sports media experts have suggested other broadcast and Internet properties could be interested in pursuing rights to air the race.

As the IndyCar's biggest race, by far, the Indy 500 is a bargaining chip for the series to use to land an attractive TV package for the rest of its races.

Under Hulman & Co. CEO Mark Miles, the series has made progress in TV ratings.

In 2016, the IndyCar Series' 16 races averaged 1.28 million viewers nationwide, according to Nielsen. That’s the highest TV viewership the series has achieved since 2011 and marks a 35-plus percent increase in viewership since Miles took over as CEO of IndyCar and IMS parent Hulman & Co. in late 2012.

This year’s Indy 500 rating means just fewer than 4 million households nationwide tuned in to watch Sunday’s race. The peak rating for this year’s race, according to Nielsen, was a 4.2 between 3:30 p.m. and 4 p.m. as Andretti Autosport’s Takuma Sato held off Penske Racing’s Helio Castroneves for the victory. Last year’s peak was 4.8, according to Nielsen.

This year’s local rating was less than half of last year’s. That certainly had a lot to do with the fact that—due to a sellout—last year’s race aired live locally for the first time since 1950. The rating this year for the tape-delayed telecast (8 p.m. to 11 p.m. Sunday) was 14.7, far behind last year’s 33.6, according to Nielsen. This year, nearly 158, 000 central Indiana households watched the tape-delayed race.

But this year’s local rating topped the 2015 tape-delayed telecast, which registered a 12.7, according to Nielsen.

Miles pointed out that half of the ratings decline from last year to this year was because of the major ratings drop in Indianapolis.

While Miles said he is “disappointed” in this year’s ratings, he noted that ratings for the IndyCar Series are doing better in terms of growth than other major motorsports series in the U.S. and globally.

“We’d certainly like to see the ratings of the Indianapolis 500 growing instead of these small declines, ” he said.

Despite the ratings bump caused by airing the race live in Indianapolis last year, Miles said there’s little thought to lifting the local blackout in the future.

“I still think the relevance of the gate [ticket revenue] will continue to take priority over the local TV audience, ” Miles said.

Miles hopes to have negotiations for a new IndyCar Series TV contract “substantially done” in the fourth quarter of this year, and he doesn’t think the decline in this year’s Indy 500 will have any impact on negotiations.

“In New York, they’re looking at our overall trajectory, and there’s a clear understanding we have momentum, ” he said.

Indianapolis this year—as usual—was the top-rated market in terms of ratings for the race. Dayton, Ohio was No. 2 at 8.9, and Louisville and Ft. Myers-Naples, Florida, tied for third at 6.7, according to Nielsen.

If there’s a silver lining to this year’s Indy 500 TV rating on the national scene, it’s that the IndyCar Series race trumped its NASCAR counterpart, the Coca-Cola 600, which aired later the same day. The NASCAR race, which was rain-delayed in Charlotte, only posted a 2.8 rating, meaning just 3.1 million households nationwide tuned in to the broadcast on Fox.