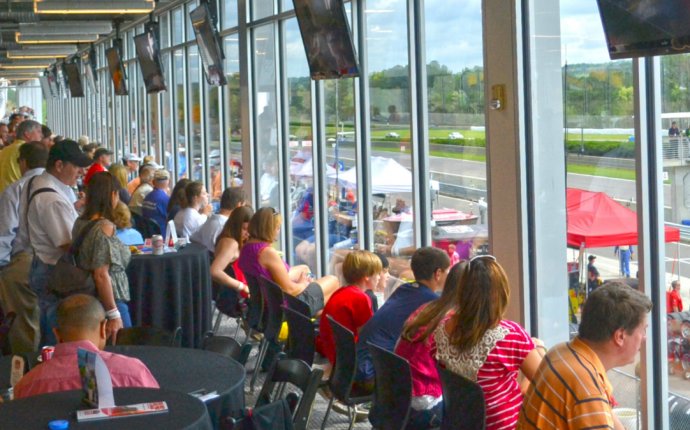 Highpoints of the expanded Barber Vintage Motorsports Museum include a monumental staircase, three-story atrium and pedestrian bridges over the racetrack.

Maybe it’s the Harley-riding freedom on the open road, or channeling Marlon Brando and his gang of biker misfits in “The Wild One.” Whatever the reason, people love motorcycles and it doesn’t matter if they’ve never actually ridden one.

No need to leave Alabama to visit the Mecca of motorcycles. According to Guinness World Records, the Barber Vintage Motorsports Museum in Birmingham contains the world’s largest collection of motorcycles. It’s been described as “overwhelming, but in a really good way.”

It’s about to get even more overwhelming, in a good way.

Listed in CNN’s “16 intriguing things to see and do in the U.S. in 2016, ” the Barber Vintage Motorsports Museum is undergoing a $15 million expansion, which will add 84, 650 square feet to the original 144, 000-square-foot facility. The addition is expected to open this fall.

The museum displays more than 600 vintage motorcycles that span more than 100 years of production from 200 different manufacturers. That’s less than half of the collection. Many more are in storage awaiting public view.

The museum is part of the 740-acre Barber Motorsports Park founded by George Barber, a former racecar driver and former owner of Barber’s Dairy. The park also includes a racetrack that hosts motorcycle and car racing events yearlong and is home to the Porsche Sport Driving School.

Barber created the museum as a not-for-profit foundation, which is considered the largest philanthropic endeavor undertaken by an individual in Alabama.

The addition will allow for more descriptive, multidimensional exhibits, such as a hill for mountain bikes. “It’s going to be spectacular, ” says Barber, who raced Porsches in the 1960s and holds 63 first-place wins.

“With over 1, 500 motorcycles, we simply need more space!” exclaims Jeff Ray, general manager of the park.

There are other motorcycle museums in the United States, but the Barber museum is said to be the only one that focuses on the overall history of the motorcycle. Ray says the new expansion will make available space for more interpretive displays that convey the history of motorcycles, along with interactive exhibits offering more in-depth information.

“The best experience we have as staff is when we overhear a father or grandfather sharing a motorcycle or car story with a younger family member, ” Ray says.

If you are ever caught in a tornado, the addition will offer a secure place to seek shelter, with its 5, 800 cubic yards of concrete and 435 tons of rebar, or reinforcement steel. It has three upper floors, along with a basement, which will be used to repair and restore motorcycles and cars.

Parker Evans, senior project manager for BL Harbert, says the atrium area is the focal point of the expansion. This dramatic space rises more than 50 feet and spans more than 180 feet into the existing museum.

“The cast-in-place monumental stairs corkscrew around an all-glass elevator that rises at the end of the atrium, ” Evans explains. “These stairs alone have over 20, 000 pounds of reinforcing steel supporting them.”

Project architect Robby Austin says, “we’re really thrilled” about the three-story atrium that will provide a 200-foot-long view of the new exhibition space. He notes that the expansion also creates exciting views of the track and park.

Also awe-inspiring are the “floor windows” at the second and third stories that allow visitors to look up and down on the exhibits. All electrical conduits are housed inside the concrete structure and none will be visible from below. All other mechanical, electrical and plumbing items are exposed from under the slab.

New pedestrian bridges over the racetrack are also part of the expansion. To access the museum bridges during events you must be a museum member.

“The exclusive experience enhances the view by putting you right on top of the action, ” Ray explains. “You can see the front straightaway and most of the track that has remained un-viewable until now.”

It’s a rare construction job that poses no challenges and this job had a few.

At the beginning of the project the team had to overcome a month and a half worth of delays due to bad weather and other factors, Evans recalls. “The monumental corkscrew cast-in-place staircase was particularly challenging, because of the complex formwork systems and the heavy reinforcing steel requirements.”

Confronting such problems is all in a day’s work for BL Harbert International, whose team managed to work seamlessly while the museum and park remained open.

Says Evans: “Working so close to a track that has vehicles on it 75 percent of the time, as well as close coordination with multiple high-profile track events attended by hundreds of thousands of spectators, posed its own unique challenges with maintenance, housekeeping and safety.”

A temporary wall more than 50 feet tall and 40 feet wide separated the existing museum from the new addition. The wall is fully waterproofed and engineered to hold wind loads.

“All this work was performed after hours, ” notes Evans, “in order to keep the museum open to the public.”

Hundreds of visitors stroll through the museum daily and a special weekend event can attract 80, 000 to the park, says Barber.

“It’s remarkable, you’d never know they are there, ” says Barber of BL Harbert International’s construction team. “They’re very professional, easy to work with and able to do the work without disturbing the museum operations in any way.”

The museum expansion is part of a series of capital improvements being made to the Barber Motorsports Park. Other projects include the Barber Proving Grounds and a 440-foot-long pedestrian bridge from the museum to the infield.

Barber Motorsports Park looks more like an actual park than a racetrack with its landscaping and relatively rural setting on the eastern edge of Birmingham. Future plans include walking paths, gazebos and other elements to make the grounds even more pleasing.

“Since the first of this year, we’ve had people visit from 61 different countries, ” Barber observes. “We want to bring even more people to Birmingham, Alabama, and I think the expansion is going to do that.”