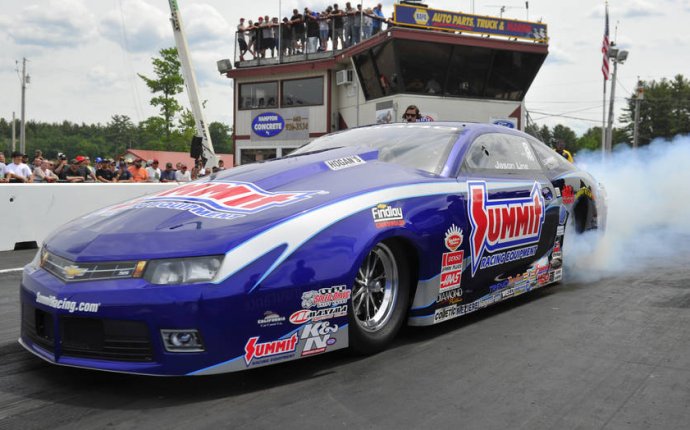 The 2017 NHRA Mello Yello Drag Racing Series schedule has been announced by NHRA officials. The 24-race circuit continues to reach more U.S. markets than any other major motorsports series and will once again thrill millions of fans with its unique brand of high-horsepower entertainment that features photo finishes by the world’s fastest race cars that dazzle with speeds in the 330-mph zone.

FOX Sports, through its national broadcast network and Fox Sports 1, will provide exclusive television coverage in 2017, with live coverage of many of the events, featuring action from Friday and Saturday qualifying rounds and Sunday finals.

The season will again open and close at historic Auto Club Raceway at Pomona in Southern California. The season kicks off with the tradition-rich Circle K NHRA Winternationals, Feb. 9-12, and closes at the highly revered dragstrip with the final race of the Mello Yello Countdown to the Championship, the Auto Club NHRA Finals, Nov. 9-12.

Following the season opener, the series returns to Wild Horse Pass Motorsports Park near Phoenix for the Advance Auto Parts NHRA Nationals, Feb. 24-26. Advance Auto Parts, which acquired CARQUEST Auto Parts in a recent merger, will take over the title sponsorship of the popular Arizona event.

After the Phoenix race, NHRA teams will traverse the country to make it to the traditional East Coast opener at Florida’s Gainesville Raceway for the fan-favorite Amalie Motor Oil NHRA Gatornationals, March 16-19. Teams will then travel back to the West Coast for the Denso Spark Plugs NHRA Nationals in Las Vegas, March 31-April 2.

An early-season three-race swing will follow: the NHRA SpringNationals at Royal Purple Raceway near Houston (April 21-23); the NHRA Four-Wide Nationals at zMAX Dragway in Charlotte (April 28-30); and the NHRA Southern Nationals at Atlanta Dragway in Georgia (May 5-7). The New Heartland Park Topeka, one of the fastest tracks on the tour, hosts the only other race during May, the NHRA Kansas Nationals, May 19-21.

After a week off, the NHRA Mello Yello Series will make one more stop before the famed Western Swing. The tour will visit spectacular Route 66 Raceway near Chicago July 6-9 for the Route 66 NHRA Nationals.

The historic NHRA Western Swing kicks off with the Mopar Mile-High NHRA Nationals at scenic Bandimere Speedway in Denver, July 21-23. From there, the teams will journey farther west, stopping in Northern California for the Toyota NHRA Sonoma Nationals (July 28-30) at Sonoma Raceway before finishing the Western Swing near Seattle at Pacific Raceways with the NHRA Northwest Nationals, Aug. 4-6.

NHRA Mello Yello Series teams will then take another week off before heading to Brainerd Int'l Raceway for the Lucas Oil NHRA Nationals, Aug. 17-20.

The last race in the NHRA Mello Yello Drag Racing Series regular season at which the final positions for the NHRA Mello Yello Countdown to the Championship can be secured will be the world’s most prestigious drag race, the 63rd annual Chevrolet Performance U.S. Nationals at Lucas Oil Raceway at Indianapolis, Labor Day weekend, Aug. 30-Sept. 4.

NHRA’s playoffs, the six-race NHRA Mello Yello Countdown to the Championship, gets under way in mid-September with three consecutive weeks of racing: the NHRA Carolina Nationals at zMAX Dragway in Charlotte (Sept. 15-17), the the NHRA Keystone Nationals at Maple Grove Raceway in Reading (Sept. 21-24), and the AAA Insurance NHRA Midwest Nationals at Gateway Motorsports Park near St. Louis (Sept. 29-Oct. 1).

The AAA Texas NHRA FallNationals at Texas Motorplex near Dallas (Oct. 12-15) will set the stage for the final two Countdown races. The season concludes out West with the NHRA Toyota Nationals in Las Vegas (Oct. 26-29) and the Auto Club NHRA Finals at Auto Club Raceway at Pomona, where world champions will be crowned in Southern California Nov. 9-12.

The Pro Stock Motorcycle class will again compete in a 16-race schedule, with six of those races in the NHRA Mello Yello Countdown to the Championship.

@RoadAtlanta I used to do NASA and SCCA volunteer flagging at Road Atlanta and she was always great to work with. RIP.