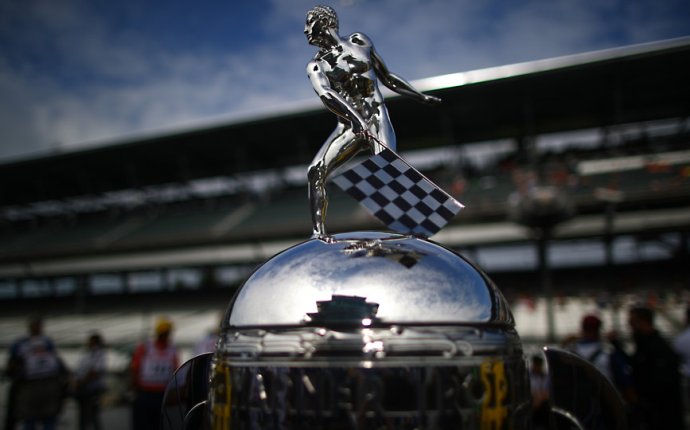 INDIANAPOLIS - A new era for the Indianapolis 500 arrived in the form of a most unfamiliar driver.

An American, no less.

Alexander Rossi outlasted his faster rivals - and his fuel tank - for a stunning victory Sunday in the historic 100th running of the Greatest Spectacle In Racing. The unlikely win allowed the long-suffering Andretti family to celebrate in the biggest race of their storied careers and it left the top drivers in the field fuming over Rossi's good fortune.

Rossi was a 66-to-1 long shot and certainly not the driver anyone would have picked to win. But the 24-year-old Californian used fuel strategy to outsmart a handful of drivers who had the most dominant cars in the race.

Rossi stretched his final tank of gas 90 miles to cycle into the lead as others had to duck into the pits for a splash of fuel in the waning laps. He was sputtering on the final lap, working his clutch and getting screamed at by team co-owner Bryan Herta to conserve fuel, and he ultimately ran out of gas after taking the checkered flag.

His victory celebration came only after his Honda was towed to the party. He sat in the car for some time before climbing out to take that sweet sip of milk.

"I have no idea how we pulled that off, " he declared.

"I really was focused on taking it one lap at a time, " Rossi said. "The emotional roller coaster of this race is ridiculous. There were moments I was really stoked, really heartbroken, really stoked. I was like, 'Wow, I'll need to see a psychiatrist after this.'"

Rossi didn't have the speed of Carlos Munoz, who was charging hard over the final 50 miles. But Munoz also had to stop for gas and didn't have a chance to race his teammate for the victory, even though Rossi was running on fumes and completed the final lap at a snail's pace of 179.784 mph.

The Colombian settled for second in a 1-2 finish for Andretti Autosport. He seemed devastated after his second runner-up Indy finish in four years.

Munoz has contended at Indy before and has proved to be fast at the speedway.

Rossi? Well, not many know much about him at all.

He's an IndyCar rookie who has chased a ride in Formula One since he was 10. He left for Europe when he was 16 and never pursued a career in American open-wheel racing. But this year, stuck without a ride, he made the decision to return to the United States to race and became the ninth rookie to win the 500 and the first since Helio Castroneves in 2001.

Rossi understood full well that it was strategy that got him this win, and he knows what an Indy 500 victory means.