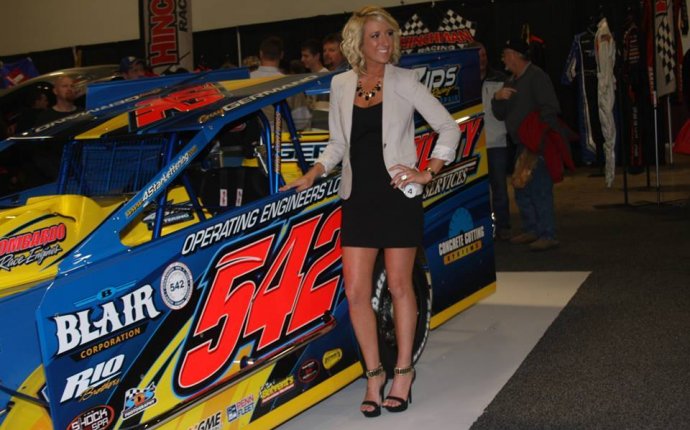 The offseason in racing is a time to reflect and just like all sports and entertainment venues, racers are honored for their accomplishments. This past weekend one driver picked up a very prestigious honor.

Area Auto Racing News hosted Motorsports 2013 in Oaks, Pa. To celebrate their 50th year covering the sport, they assembled a top 50 driver list from that time period. Last fall the list was trimmed to the top 10. Since then voting has taken place to decide who would be at the top of that list.

This past weekend the number one pick was revealed and it was a driver who gets more boos and more cheers than anyone. New Jersey’s Brett Hearn was named to the top spot.

Other news from the show includes Frank Cozze’s return to modified racing after two seasons in 410 sprint cars in his home state of Pennsylvania. Cozze will be behind the wheel of the Norm Hansel-owned No. 357 car that Jeff Strunk drove to several feature wins in 2012. Cozze is also a former winner at Syracuse back in 2008.

Soon-to-be modified rookie Katelyn Kane picked up a nice award as she graduated from the RACE 101 program in Hickory, N.C. as this year’s Premier Driver.

“I was not expecting to win this, ” Kane said. “This is a real honor, and I hope to live up to the standards of the Premier Driver.”

This season Kane will occasionally travel from Syracuse to North Carolina on behalf of RACE 101 — which stands for research, analyze, consult and educate — to mentor drivers in this year’s program. The new list of drivers for 2013 should be out within weeks.

Auburn-based Thomas Racing Videos was honored at the annual Eastern Motorsports Press Association Convention in King of Prussia, Pa. Both Mel and Matt Thomas were honored for their work in both Non-Broadcast Single Event and Non-Broadcast General Racing.

The father and son team have been recording races at tracks all over the northeast for over 30 years and currently record the action at Brewerton, Fulton, Can Am, Oswego and Utica Rome as well as many other races over the course of the season. And their annual Smash ‘n’ Crash videos have won multiple awards during that time and is their most anticipated release showing the most spectacular crashes at the tracks they cover.

As the 2013 season begins to take shape, Oswego Speedway has announced that Lou Cicconi will race the Vic Miller-owner No. 11 in the season opening ISMA event on May 4. Cicconi is well known for his expertise in offseason indoor shows and is well known in the winged super modified world.