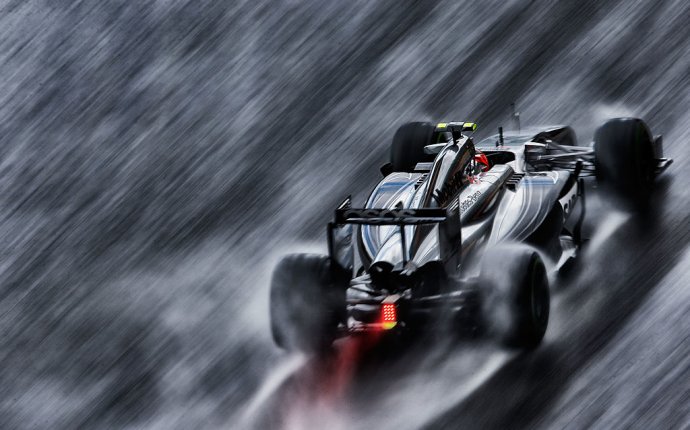 If you saw Kimi Raikkonen hit a wall at 150 mph during the British Grand Prix, you appreciate how remarkably strong, and safe, a modern Formula 1 car is. The Ferrari driver experienced a 47G impact when he went nose-first into wall yet limped away with no major injuries.

We've seen no shortage of spectacular crashes in F1 in recent years, and each is a testament to the level of safety engineered into the cars. Raikkonen's shunt during the first lap was scary to see. The Finn ran wide through Turn 5, went into the ample run-off-area, then clipped a rain gully as he tried to get back on track. That sent him careening into the wall, then spinning back across the track into the opposite wall. Williams F1 driver Felipe Massa—making his 200th career start—couldn't avoid the careering Ferrari and ran right into him. Amazingly, no one was seriously injured in the pile-up, and Raikkonen suffered nothing more than a sore ankle.

That’s due to a relentless campaign to make Formula 1 cars ever safer. There are pages and pages of safety regulations, and the cars undergo stringent dynamic, static and load tests to ensure the safety of drivers. It all starts with the monocoque, the principal component of the car's chassis. The monocoque includes the driver's survival cell and cockpit, which is surrounded by "deformable crash-protection structures" that absorb energy during a crash, plus a 6mm layer of carbon and Zylon (used in armored vests), so things like carbon fiber splinters don't injure the drive in the event of a crash. The car is equipped with a fire suppression system that can be activated by the driver or race marshals, spreading fire retardant foam around the chassis and engine.

Following a crash, the driver can be extricated from the car following by lifting out the entire seat, which minimizes the risk of spinal damage. Before they race, drivers must demonstrate they can get out of the car within five seconds without removing anything except their six-point seatbelt harness (a single hand movement opens it) and the steering wheel (which must be reinstalled within another five seconds). An accident data recorder records information like speed and deceleration forces so doctors know how the severity of an impact.

In addition to Nomex fire-resistant suits, which can withstand temperatures of 600 to 800 degrees Celsius for more than 11 seconds without warming the inside of the suit above 41 degrees, drivers also wear helmets made of carbon fiber, polyethylene and fire-resistant kevlar. The helmet is made to be as light as possible, typically just under 3 pounds, because more weight adds to the g-forces experienced during acceleration, braking and cornering. The visor includes a special anti-fogging chemical to prevent the inside from becoming obscured during the race as well as air intakes to help cool the driver's head.

Finally the driver wears a Head and Neck Support (HANS) device that connects to his helmet and is worn under the seat belts. The HANS system prevents a stretching of the vertebrae and helps stabilize the driver's head during an accident. The collar absorbs and redistributes forces on the head that would otherwise hit the driver's skull and neck muscles. The device, introduced to F1 racing in 2003, is today widely used across many forms of motorsport.

But the safety features of the car, along with the ability to tackle a track at triple digit speeds, come at the expense of driver comfort. In a video produced last year by Mercedes, driver Lewis Hamilton reveals that his seating position is similar to being in a La-Z-Boy, if he reclined it roughly 30 degrees further back than appropriate, making his feet level with his chest. The seat, which weighs roughly a kilogram, curves around the driver’s shoulders, hips, and abdomen, so the driver’s body doesn’t budge when handling 5G of lateral forces.

To keep the car’s center of gravity as low as possible, the bottom of the seat is on the floor of the chassis, just inches above the ground. Without much in the way of a suspension, the driver can feel every bump in the road, but he’s stuck looking just over the steering wheel to see the track. From there, he can't actually see the front of his car, leading to the occasional fender bender.

Oh yeah, and it’s excruciatingly hot. Cockpit temperature averages 122 degrees Fahrenheit. During races that last two and a half hours, drivers can drop more than six pounds just through sweating. To survive the heat and 5Gs of forces racing can dish out, drivers have to be extremely fit (and tend to have rather thick necks).

At least when the car is stationary, it’s quite comfortable. Hamilton and his competitors have carbon fiber seats specially molded to their rear ends. "It's so easy to fall asleep when you're in the garage" between qualifying sessions, Hamilton says in the video.

@rookief1: Apparently Alonso is being 'let loose' on the track today according to Brown, so, obvious question. When will the engine give up? #F1